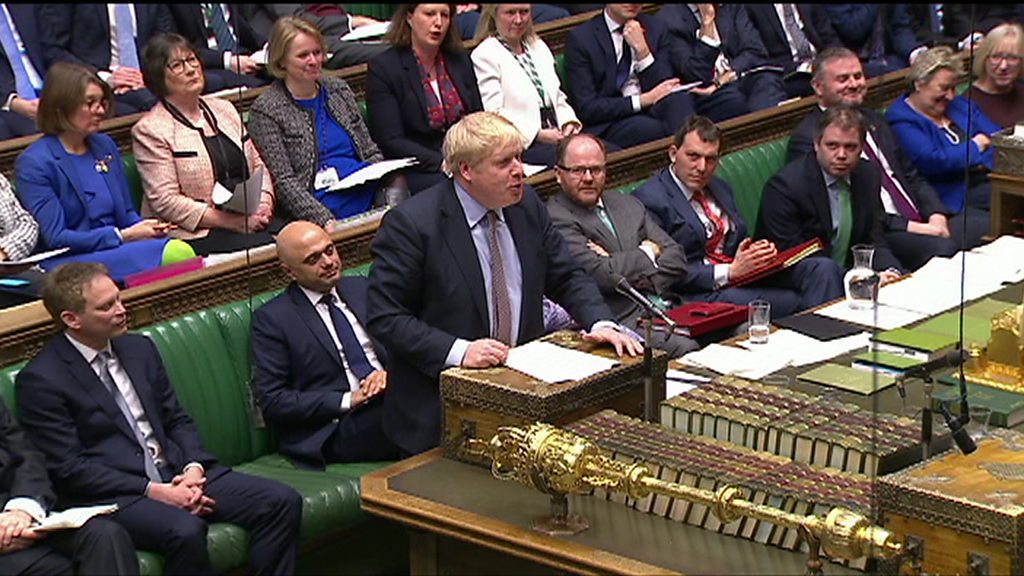 Prime Minister Boris Johnson has announced that the controversial HS2 high-speed rail link will be built.

The first phase of the route will travel between London and Birmingham, with a second phase going to Manchester and Leeds.

“It has been a controversial and difficult decision,” Mr Johnson said.

The prime minister added he was going to appoint a full-time minister to oversee the project and criticised the HS2 company’s management of the scheme.

“I cannot say that HS2 limited has distinguished itself in the handling of local communities. The cost forecasts have exploded, but poor management to date has not detracted from the fundamental value of the project.”

The prime minister said that a series of measures would be taken to “restore discipline to the programme”.

Once it is built, journeys will be shorter. London to Birmingham travel times will be cut from one hour, 21 minutes to 52 minutes, according to the Department for Transport.

And while it is being built, it is expected to create thousands of jobs and provide a stimulus to economic growth.

The first phase of the high-speed rail link between London and Birmingham was due to open at the end of 2026.

But Transport Secretary Grant Shapps told MPs in September that the first trains may not run on the route until some time between 2028 and 2031.

However, Mr Johnson told MPs that he hoped if work started immediately that trains “could be running by the end of the decade”.

The spiralling cost of the project has sparked a backlash. The cost set out in the 2015 Budget was set at just under £56bn, but the independent Oakervee review has said it could cost more than £100bn.

Mr Johnson added: “We will, in line with the review, investigate the current costs to identify where savings can be made in phase one without a total redesign.”

“The Labour Party supports HS2 as a means to boost regional economies and slash climate emissions. It is essential for boosting rail capacity and freeing up other lines,” he said.

“But we don’t see why the government should get a slap on the back for announcing it is going ahead.

“After all, it’s only because of the abject failure of successive Conservative governments to keep on top of the costs that the project’s future was in any doubt.”

Not everybody is benefitting from HS2 being given the go-ahead.

Ron and Anne Ryall have been ordered to leave their home next month as the route is due to run right through it.

Ron told BBC Breakfast: “It’s completely wrecked our lives. I’m finding it difficult that someone can just walk into your life and destroy it. My family has lived in this lane for 100 years. I was born here.”

Meanwhile, residents of a Warwickshire village admitted they were resigned to the final decision to build the rail line – even though it will split their lives in half.

Burton Green village, home to 640 people, will effectively be bisected by the line.

Rona Taylor, who runs the village’s residents’ association, said: “It’s a very frustrating day because we have opposed this for 10 years.”

However, Cate Walter, a director of Rhino Safety based near Crewe, told the BBC: “For Crewe this is absolutely crucial. We’re a town been surrounded by a lot of regeneration areas in recent years, but have not been the focus of the regeneration ourselves.

“The investment in our very local economy that HS2 should bring will be absolutely crucial for growing businesses in our area.”

Lib Dem MP Munira Wilson said: “Key to cutting carbon emissions and tackling climate change is cutting domestic flights and moving people on to our railways and so that’s why the HS2 announcement is to be welcomed and building a third runway at Heathrow is an act of environmental vandalism.”

Jude Brimble, national secretary of the GMB trade union, which represents HS2 workers, said: “The reality is that HS2 is happening and the government should get on with it.

“Thousands of skilled jobs depend on the project in construction and the supply chain.”

Matthew Fell, of UK employers’ group the CBI, said the decision to back HS2 was “exactly the sort of bold, decisive action required to inject confidence in the economy”.

He added: “It sends the right signal around the world that the UK is open for business. HS2 shows the government’s commitment to levelling up the nations and regions of the UK.”

Stephen Phipson, chief executive of manufacturers’ organisation Make UK, said: “Industry will applaud this bold, sensible and pragmatic decision which will help change the country for the better.

“Government now has a once in a generation opportunity to develop a fully integrated transport plan for the whole country which it should grab with both hands.”

The inside story of college football’s wildest week ever

Should the Government Explain Why Chinese Apps Have Been…

Should the Government Explain Why…