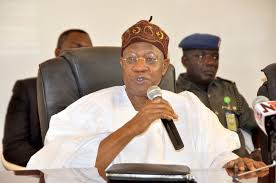 Nigeria’s Minister of Information, Lai Mohammed, has claimed that Boko Haram is targeting Christians, in a bid to cause a religious war.

Mohammed stated this on Thursday, while addressing a press conference in Abuja, the nation’s capital.

The Minister admitted that although, the insurgents are still attacking Muslims, they now “have a deliberate policy of attacking Christians”.

“They have started targeting Christians and Christian villages for a specific reason, which is to trigger a religious war and throw the nation into chaos.

“This did not in any way signify that they have stopped attacking Muslims. But they seem to now have a deliberate policy of attacking Christians. Some have misinterpreted this to insinuate a systematic campaign to persecute Christians in Nigeria,” he said.

Mohammed further pleaded with both Christian and Muslim leaders “not to fall for this desperate move by the insurgents”.

Recently, suspected Boko Haram insurgents killed Lawan Andimi, who was until his death the Chairman of the Christian Association of Nigeria (CAN) in Michika, Adamawa state.

February 27: God’s Thought for Us Through Christ