We Have Appealed Judgment In Favour Of Factional IYC 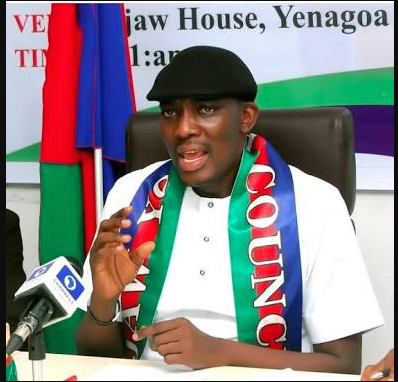 The most recognized, accepted and authentic leadership of the Ijaw Youth Council (IYC), worldwide, has announced that the kangaroo court judgement in favour of a mediocre factional group, has been appealed.

The most widely accepted IYC, the Ijaw Apex youth organ, led by an esteemed legal luminary, Pereotubo Oweilaemi, Esq., President IYC, worldwide, had told his stalwarts that there is no cause for alarm.

In a press release Thursday, Barr. Oweilaemi, told the Ijaw youths that they have successfully appealed the judgement.

While calling for calm among Ijaw youths, he told his opponents that the battle has just begun.

Hear him: “When the news broke out that the High Court of Bayelsa State sitting in Sagbama has given judgment in favour of Eric Omare as the President of the Council in Suit No: SHC/4/2017, I did informed my supporters and well wishers not to panic as we have taken steps to upturn the judgment.

“Today, I am pleased to inform the general public especially the numerous Ijaw youths at home and in diaspora that we have successfully appealed against the said judgment in Appeal No: CA/PH/ /2020.

“Those who want to ferment trouble in the Council should be informed that the legal battle has been drawn. I appeal to Ijaw youths to maintain peace at all times, while we take this necessary step to correct the legal blunder. Like I said before, there is no cause for alarm”.

UK to shut pubs and restaurants in virus fight