Heat’s Butler swaps jersey for one with name 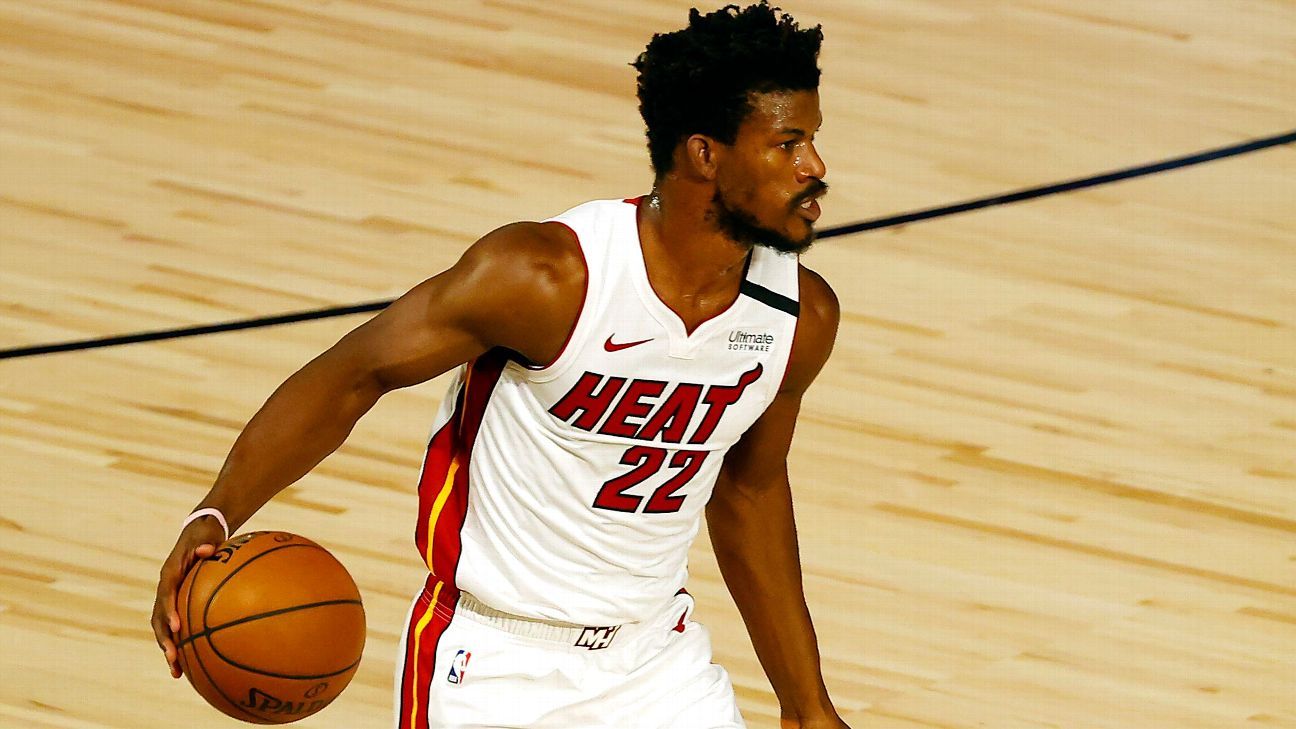 Miami Heat All-Star swingman Jimmy Butler had to change jerseys prior to the start of Saturday’s seeding game against the Denver Nuggets because he originally came to the floor with a jersey that had no name on its back.

An official blew a whistle, and Butler walked back to the Heat bench so that he could switch into a jersey that had his last name on the back and the game could begin.

When Butler and the Heat initially traveled into the NBA’s bubble in Orlando last month, he was asked what league-approved social justice message he would wear on the back of his jersey, and he explained that he would like to keep his nameplate empty.

“I have decided not to [wear a message],” Butler said during a video call with reporters at the time. “With that being said, I hope that my last name doesn’t go on there as well. Just because I love and respect all the messages that the league did choose, but for me, I felt like with no message, with no name, it’s going back to, like, who I was. And if I wasn’t who I was today, I’m no different than anybody else of color and want that to be my message in the sense that just because I’m an NBA player, everybody has the same right, no matter what, and that’s how I feel about my people of color.”

Butler said he appreciated the public way in which players and coaches were coming together in the opening games to shine light on social justice issues.

“In a sense that we get to feel how we want to feel, and we get to express it in our way,” Butler said. “The way that the league, the players, the coaches, are kneeling in unity, and if you decide to stand in unity, it’s what needs to be done. Because the greater good, and the goal that we’re trying to get across, it will be reached. And I’m happy to see everybody in on it.”

Coronavirus: Pubs ‘may need to shut’ to allow schools to reopen

Barnwell: Projecting future Hall of Famers for all 32 NFL teams