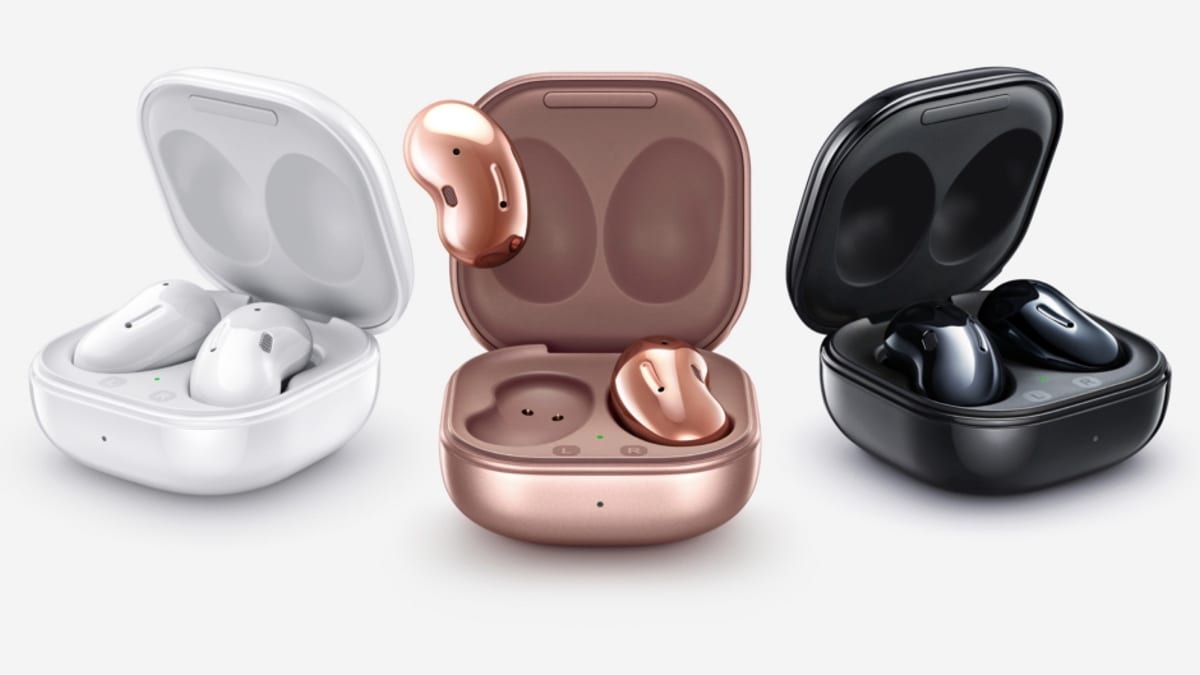 The Samsung Galaxy Buds Live are available in three colours – black, bronze, and white – and feature 12mm drivers with AKG tuning. There are three microphones (two on the outer part of the earphones and one on the inside). Like earlier Samsung Galaxy Buds true wireless earphones, the Buds Live uses Bluetooth v5.0 for connectivity, and supports the SBC, AAC, and Scalable Bluetooth codecs. The design features an outer-ear fit that is said to allow ambient listening while also offering noise cancellation.

The case of the Samsung Galaxy Buds Live has a USB Type-C port for charging, while the earphones have 60mAh batteries each and the case has a 472mAh battery. Up to 29 hours of battery life per charge cycle is claimed by Samsung, with the earphones alone claimed to run for up to 8 hours per charge. There is also fast charging, promising 1 hour of playback with five minutes of charging. The earphones are IPX2 rated for water resistance, and work with Samsung’s Bixby voice assistant.

Apart from active noise cancellation, the new Samsung Galaxy Buds Live also features Qi wireless charging for the case, touch controls, and app-based customisation through the Samsung Galaxy Buds app for iOS and Galaxy Wearable app for Android. The app allows users to control the noise cancellation, adjust the equaliser settings, customise the touch controls, and view battery levels on both the earphones and the charging case.

Priced at $169.99 (approximately Rs. 12,700), the Samsung Galaxy Buds Live is much more affordable than competing options with active noise cancellation from major brands such as Apple and Sony. The earphones go on sale on August 6 in select global markets. There’s no information on India pricing and availability for the Samsung Galaxy Buds yet, which could be revealed in the coming days.

Why are smartphone prices rising in India? We discussed this on Orbital, our weekly technology podcast, which you can subscribe to via Apple Podcasts, Google Podcasts, or RSS, download the episode, or just hit the play button below.

iOS 14: These 14 Hidden Features Show Why You Must Upgrade Right Now

New Covid-19 rules for more parts of North and Midlands

iOS 14: These 14 Hidden Features Show Why You Must Upgrade…