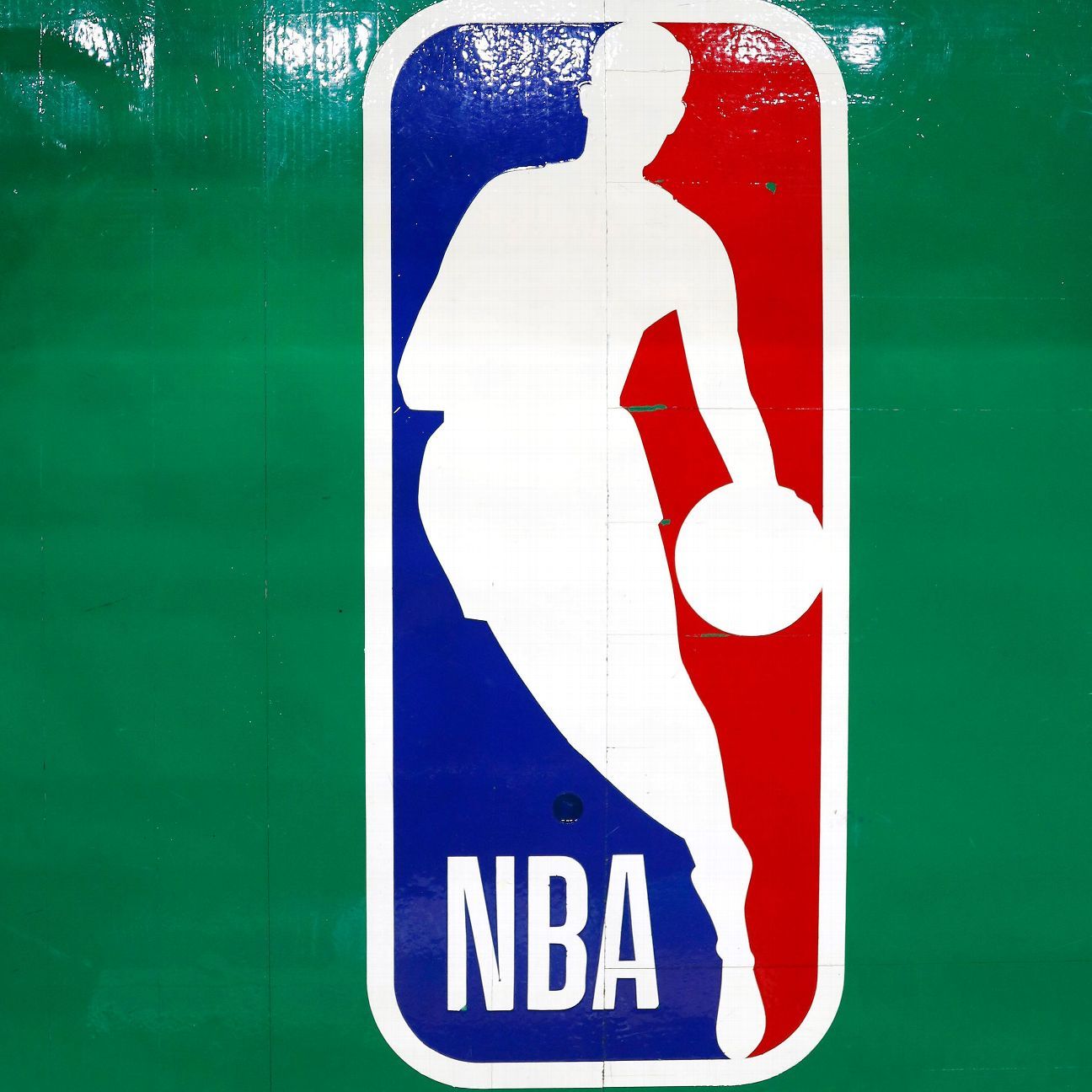 The U.S. Food and Drug Administration issued an emergency authorization on Saturday allowing public use of a saliva-based test for the coronavirus developed at Yale University and funded by the NBA and the National Basketball Players Association.

The test, known as SalivaDirect, is designed for widespread public screening. The cost per sample could be as low as about $4, though the cost to consumers will likely be higher than that — perhaps around $15 or $20 in some cases, according to expert sources.

Yale administered the saliva test to a group that included NBA players and staff in the lead-up to the league’s return to play and compared results to the nasal swab tests the same group took. The results almost universally matched, according to published research that has not yet been peer-reviewed.

The leading coronavirus saliva test, developed at a Rutgers University lab and given the same permission by the FDA in mid-April, costs individual consumers up to $150 — though that can be reduced to $60 or $70 in some circumstances, said Andrew Brooks, an associate professor at Rutgers and chief operating officer of RUCDR Infinite Biologics, the lab behind the test. The Rutgers test can be taken at home and returns results in 24 to 48 hours.

Several NBA teams used the Rutgers test in June, and Brooks said several sports teams are still using it. Those teams fly saliva samples to one of several labs — including the Rutgers lab in New Jersey — approved for administering the test, which adds time and cost.

The Yale test funded by the league and players’ union is simple enough to be used by labs everywhere provided they go through required accreditation processes, said Nathan Grubaugh, an assistant professor of epidemiology at Yale and one of two senior authors, along with Anne Wyllie, an associate research scientist in epidemiology, behind the saliva studies. Consumers dribble saliva into a narrow tube. Depending on the proximity of the lab, consumers could get results back within a few hours — and definitely within 24 hours, Grubaugh said.

The Yale test removes one cumbersome and expensive step — the extraction of RNA from samples — that is a core part of nasal swab tests and the Rutgers test. Scientists warned early in the pandemic about supply chain bottlenecks and shortages in equipment required to extract RNA.

Extraction makes for a clearer and more certain result, according to both Brooks and Grubaugh.

“(The Yale test) loses a little bit of sensitivity, but what we gain is speed and that it should be up to 10 times cheaper,” Grubaugh said. The Yale test replaces the extraction step with the introduction of a reagent — chemicals mixed with the saliva sample — and a short heating process that releases the virus genome. The team found successful results using reagents that are commonly available, meaning labs everywhere could implement the Yale protocol, Grubaugh said.

“My goal is not to test athletes,” Grubaugh said. “That’s not my target population. My target population is everybody. There were concerns about partnering with the NBA when all these other people need testing. But the simple answer ended up being the NBA was going to do all this testing anyway, so why not partner with them and try to create something for everyone?”

The NBA, Yale and the players’ association do not intend to take royalties from any use of the testing method, Grubaugh and others said. The NBA and union contributed more than $500,000 combined to fund the Yale work, sources told ESPN.

Andy Slavitt, the acting administrator of the Centers for Medicare and Medicaid Services during the Obama administration, circulated the Yale results among former FDA commissioners in hopes of guiding it to a faster emergency use approval, he and others said.

“I helped make sure the right people in the White House were aware of the importance of the test, and the rest took care of itself,” Slavitt told ESPN’s Adrian Wojnarowski. Slavitt has been part of a working group of virus specialists that includes several sports scientists and the NBA league office.

“My interest was to help get a low-cost scalable test that can be a game-changer across the country,” Slavitt said. “We didn’t get leadership from where we needed it, but it’s great to see the NBA emerge.”

The genesis of the Yale-NBA partnership happened in early April, when Grubaugh and the Yale team published preliminary research indicating saliva tests conducted on coronavirus patients and health care workers were as accurate as nasal swab tests. “That was a critically important paper,” said Martin Burke, a chemistry professor at the University of Illinois whose team developed a similar direct saliva test. “It was inspiring to us.”

Illinois is now administering its test to returning faculty and staff — tens of thousands of people. They intend to test people twice per week, Burke said.

When Yale released its initial findings in April, officials in the NBA league office and sports scientists across the league were calling labs and scouring literature for possible clues on how they might develop fast, cheap and easily accessible testing for players. League and team officials were also aware of the criticism they had received early in the pandemic for acquiring tests when they were in short supply and were eager to do something in the broader public interest.

One team official — Robby Sikka, vice president of basketball performance and technology for the Minnesota Timberwolves — came across the Yale paper and emailed Grubaugh.

“We had a lot of strange requests, but this one was at the top,” Grubaugh said. “I saw Timberwolves in the subject line and said, ‘What the heck?'”

The two connected. The research quickly reached the desk of NBA senior vice president David Weiss, the league’s point person for coronavirus response — including the formation of the bubble at the Walt Disney World Resort in Orlando.

“A lot of sports leagues and larger organizations were thinking, ‘OK, we’re shut down, so what can we do?'” Grubaugh said. “‘We are going to have to be testing our population — players — all the time if we want to play again. How can we do that?”‘

The Yale lab at the time did not have its own test; it had used previously existing tests to measure the accuracy of saliva testing. Sikka and the league pitched the idea of building one, and the NBA and players’ union offered to fund it.

“I was hesitant,” Grubaugh said. “We do research. We are not developers of diagnostics. But this was an opportunity. They were willing to fund it. This is a crazy time for everyone anyway. I studied mosquitoes before this.”

With players returning to team markets in April and May, the league put out a call for volunteers to take saliva tests — for the purpose of comparing results to the nasal swab tests the same group would also take. The results showed close to universal agreement between tests, according to Yale’s research.

Brooks, the Rutgers professor, expressed some skepticism about the scalability of the Yale/NBA test. That test still requires labs to purchase an expensive molecular testing machine. Labs administering the test will also be responsible for huge batches of data collection and storage, Brooks said. He also reiterated that RNA extraction is more precise.

“I get that everyone wants to do it more quickly and for a less expensive price, but there also has to be a level of responsibility,” Brooks said.

In the NBA’s campus in Orlando, the league is still using nasal swabs on players, coaches and staff.

The potential for rapid-return, cheap and easy-to-administer saliva tests may have implications for the structure of the 2020-21 NBA season, sources said. Any return to normalcy — teams traveling to 28 home markets, the presence of even some token number of fans to offset revenue losses — is dependent on testing becoming easily available. This could be one step, experts said.

Yale and the NBA have already spoken to a national lab company about using robotic technology to speed up the processing of tests, sources said. Both parties are interested in the potential of pool saliva testing — combining samples from several people and testing them together. (Any positive result would then require individual testing.)

“Through some miracle, this is working,” Grubaugh said. “It’s sensitive. It’s cheap. And now it’s getting approval. I’m not quite sure how we ended up here from April.”

Should the Government Explain Why Chinese Apps Have Been Banned?

Hiring Tony La Russa? Debatable. The way the White Sox did it? Outrageous

Who’ll score USMNT’s goals on the road to the World Cup?